As an educator Thomas has worked with high schools and colleges throughout New England and beyond for over a decade. He has years of experience working as band director and music teacher in the public school system. He has worked extensively with Shepherd Hill Regional High School as technician, assistant director, director, and arranger, and has guided all of these groups to regional and national championships in their respective. He has also served as a clinician for ensembles at WPI, UMass Amherst, Boston University, and New Haven University. In  demand as a front ensemble specialist and composer, Thomas works with many local college and high school marching bands.

His marching career began with the Spartans in 2006 and their championship year in 2007. He studied with virtuoso marimbist Leigh Howard Stevens and marched with the Holy Name Cadets. He performed with Drumline under the tutelage of Thom Hannum and George Parks. He has served as section leader of every ensemble he’s participated in. He was the front ensemble director of the Connecticut Hurricanes and is on the staff of the Jersey Surf.

His graduate recital titled, “Water,“ included challenging contemporary chamber music and featured a commission for percussion, flute and clarinet. During his undergraduate years, Thomas received the Vic Firth Scholarship award from UMass Amherst and the Most Valuable Rookie and Distinguished Service Awards from the Holy Name Cadets.

When he is not writing, teaching, or playing music, you will likely find him with his longtime girlfriend and fellow Valley Winds musician Danielle Russo. He enjoys eclectic board games and watching Survivor (no shame!). 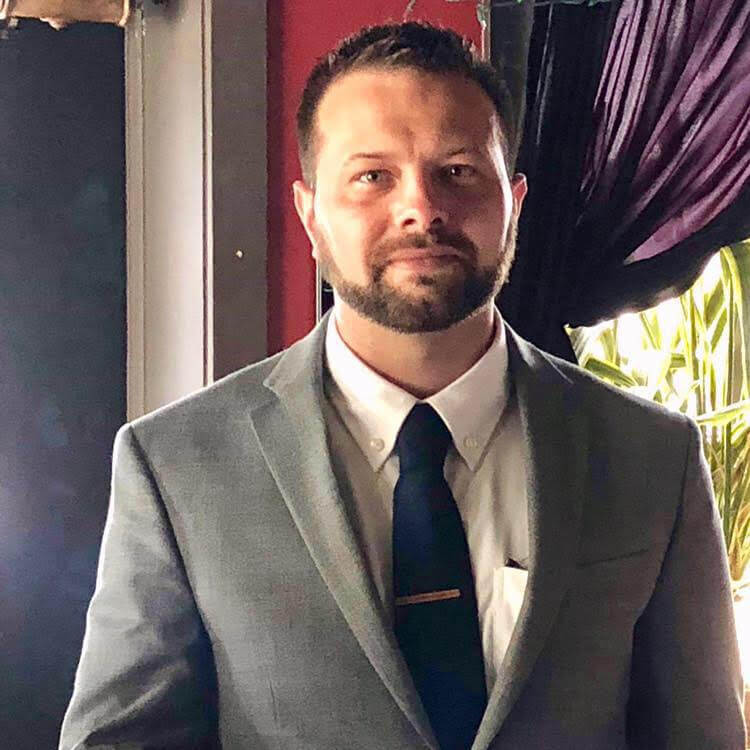