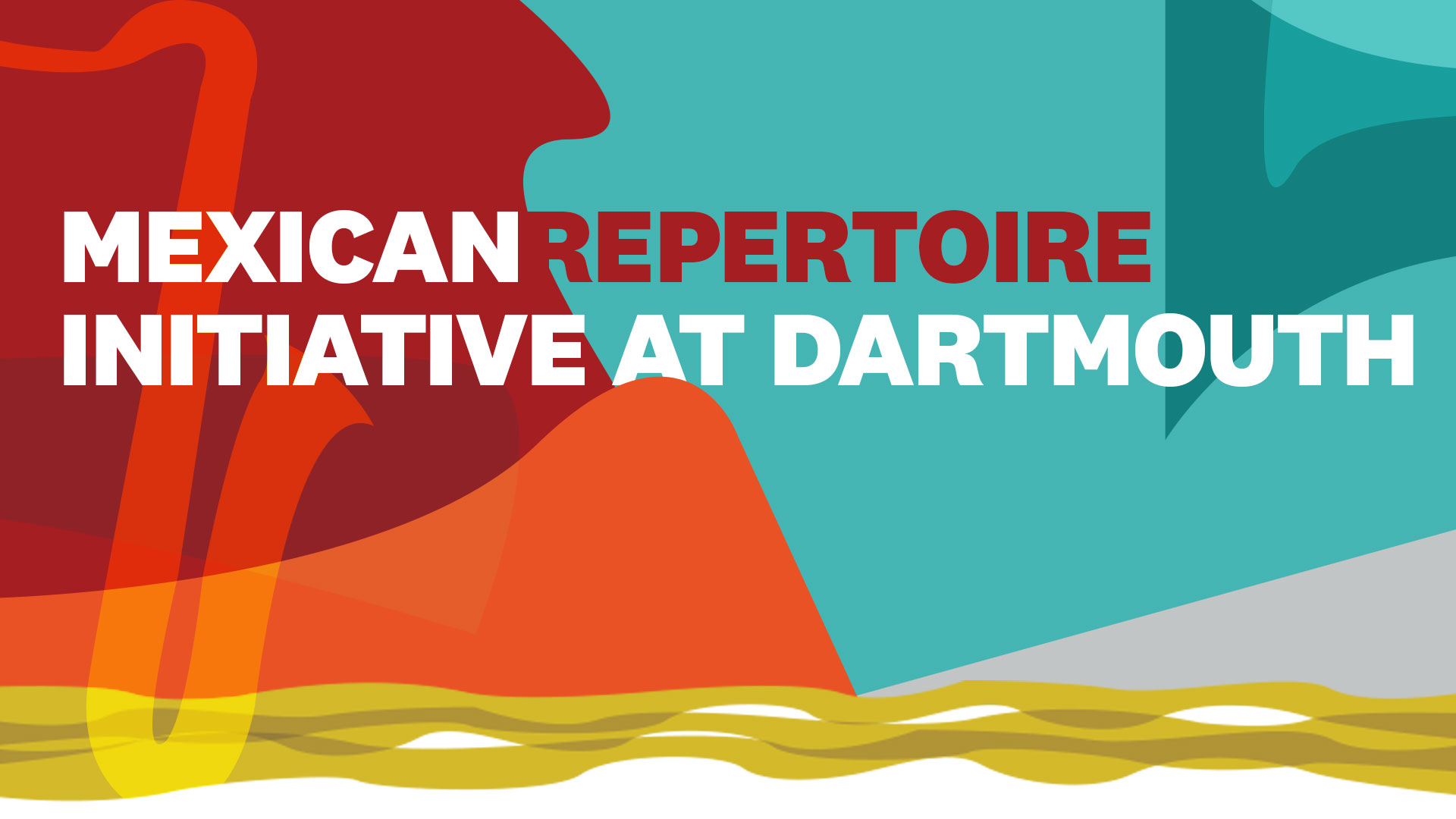 The Mexican Repertoire Initiative is an ongoing commitment to bring Mexican repertoire to the international stage. It provides opportunities for Mexican composers and combats institutionalized racism in educational and professional performing ensembles.

Here’s how the Mexican Repertoire Initiative will increase exposure and representation of Mexican composers:

Prior to this initiative, authentic Music for wind band by Mexican composers did not exist. The purpose of this presentation is to bring awareness to the need and potential for Mexican Repertoire.

Here are two major projects of the Mexican Repertoire Initiative:

The next portion of this page explores the topic further with a presentation by Dr. Messier. 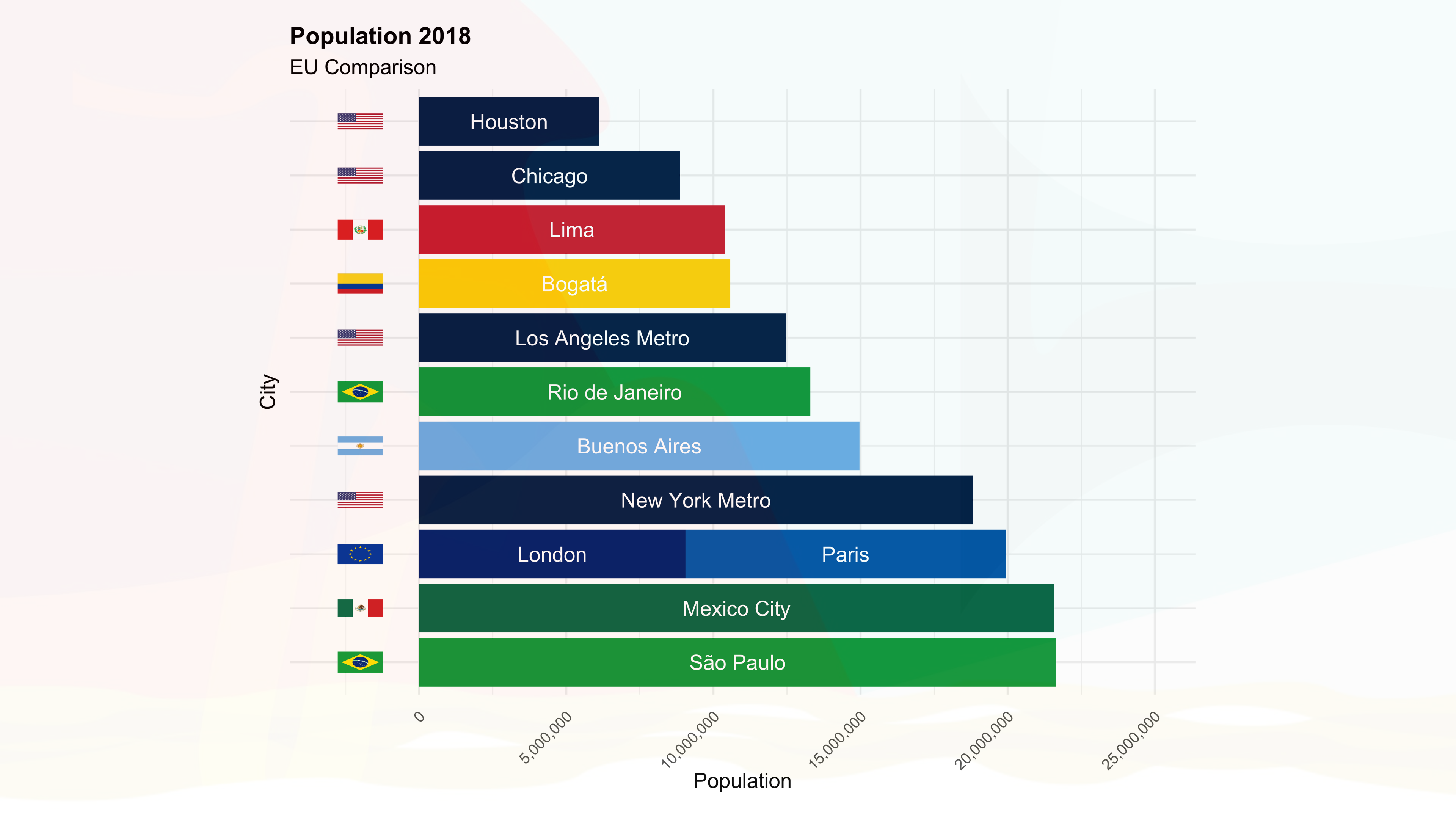 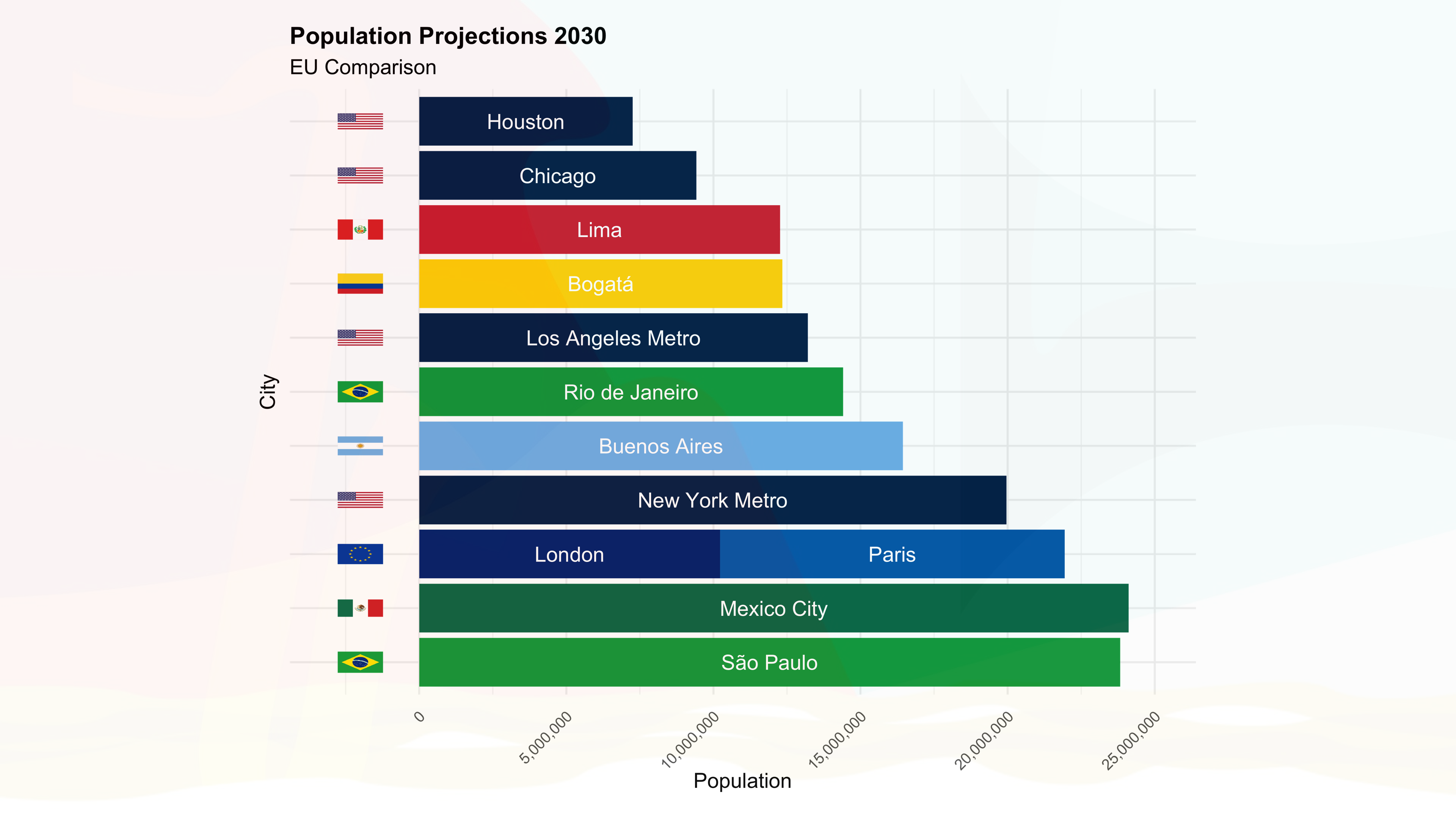 Before we continue, I would like to thank Dr. Cory Meals, Assistant Professor in Music Education at the University of Houston, data guru, and Member of the Mexican Repertoire Initiative’s Advisory Council, for his assistance with the data and graphs in this presentation.

U.S. Population and Race by Ethnicity

This first graph represents the U.S. population from 2010 – 2020. You can see some decline in the White population (light blue) and increase in the Latinx population (dark blue), but it doesn’t look too dramatic. Until… You break it down by generation.

This second graph shows that in Generation, in 2018 the Latinx population has climbed from 8% to 25% while the white population has declined from 78% to 51%. 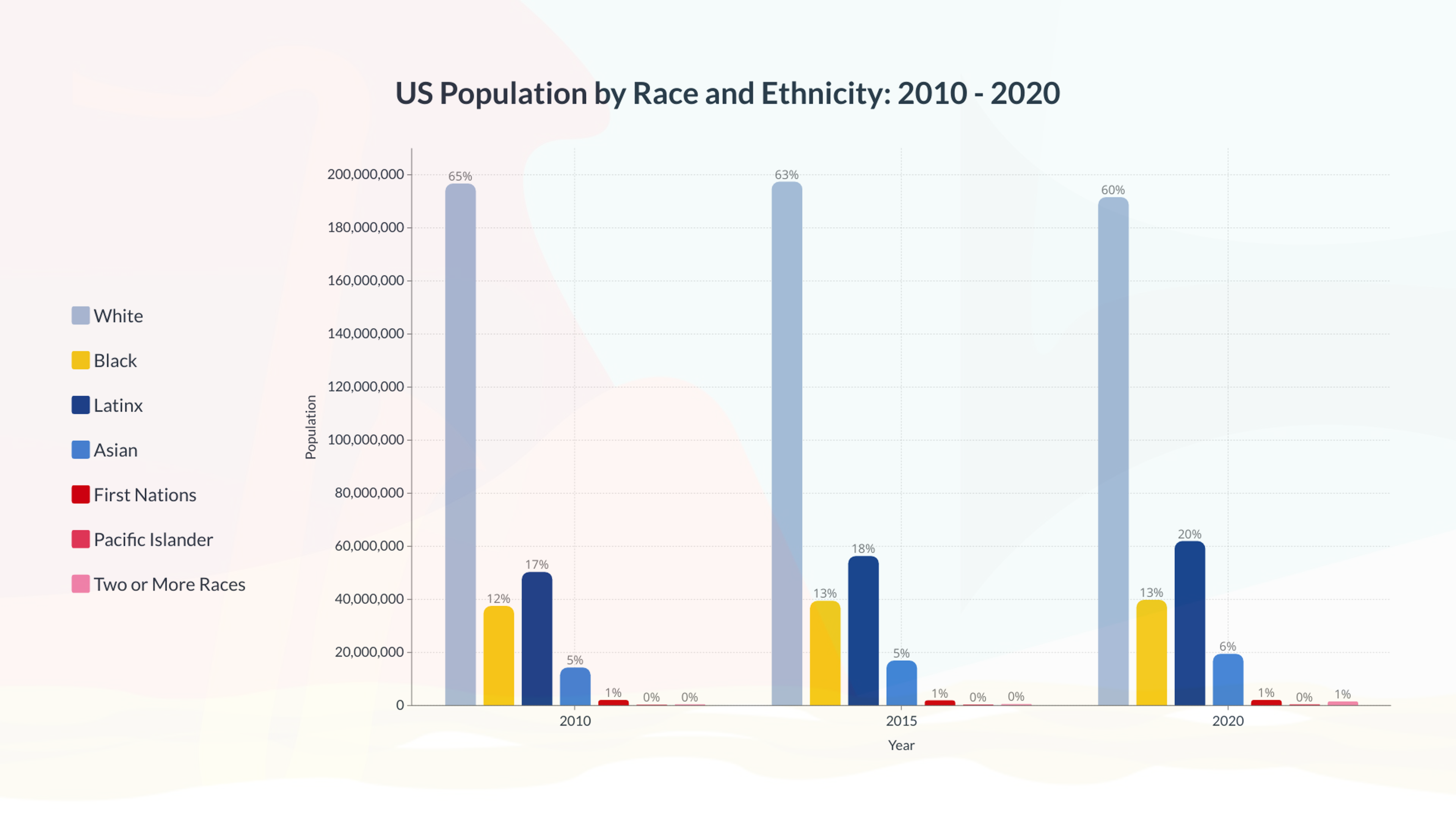 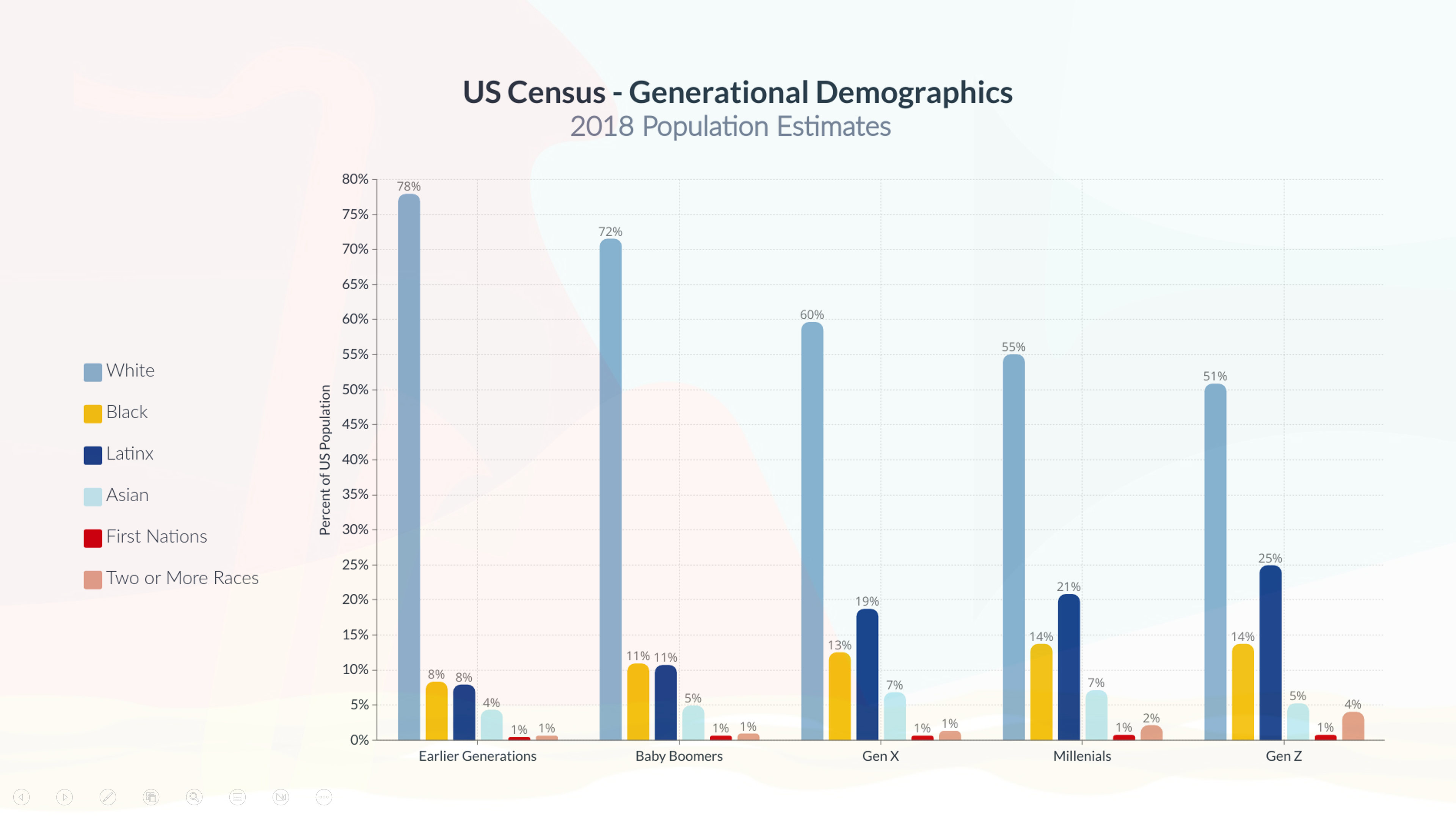 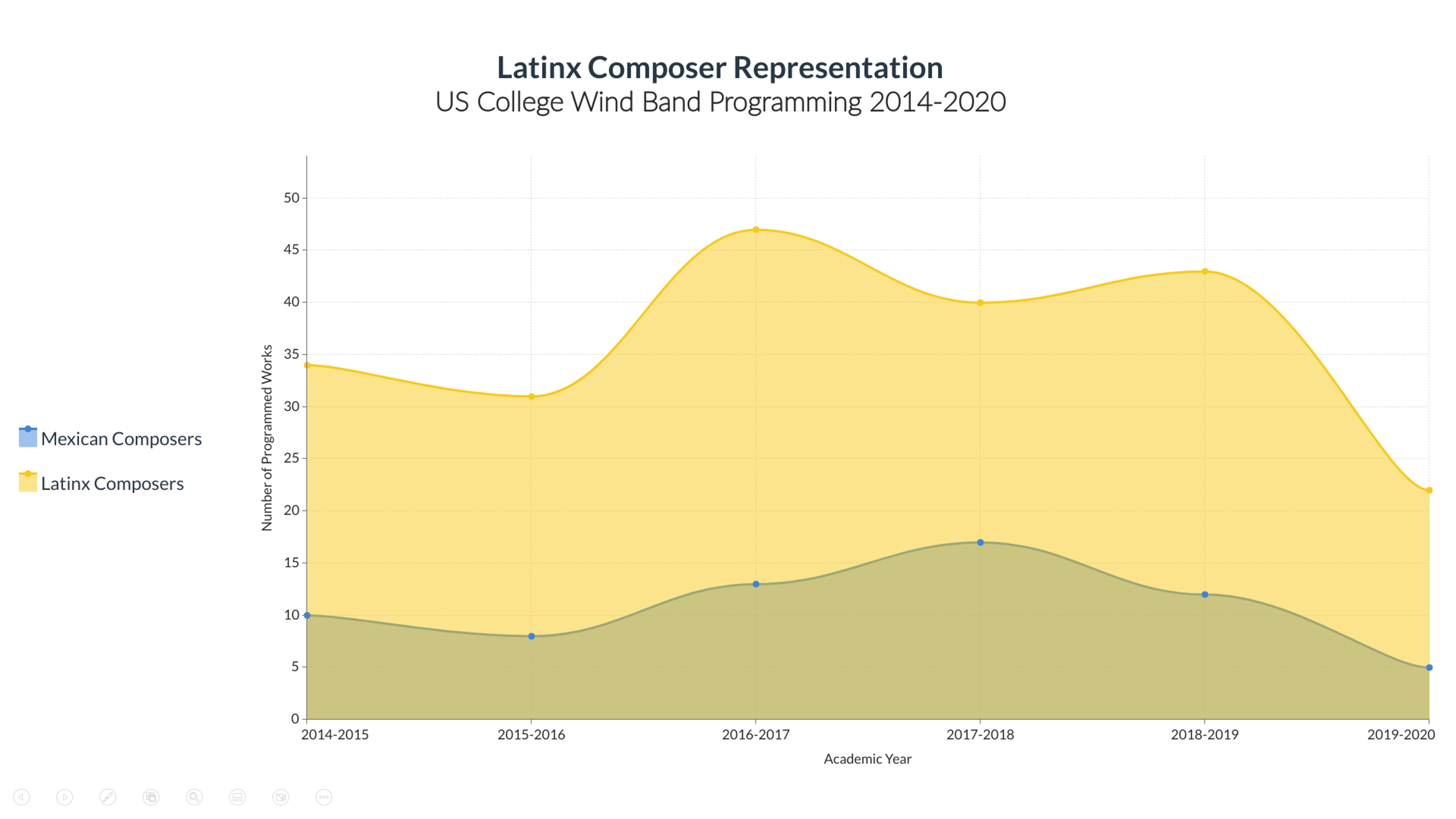 This chart represents the Latinx Composer Representation in US College Wind Bands from 2014 – 2020.

Here is a quote from Dr. Christina Gomez, Visiting Professor of Sociology at Dartmouth College, speaking to the importance of representation among this population:

“Mexicans and Mexican-Americans are not interested in assimilating, rather they want to celebrate their culture and we should be celebrating with them. The real conversation is about how United States culture is assimilating to Mexicans. What is the diaspora now? Yes, by 2050, the majority of students and 30% of the total population will be Latinx, but how will race be defined at that point? The lines are already blurred.
Globalization is not just what is going, but what comes back.” 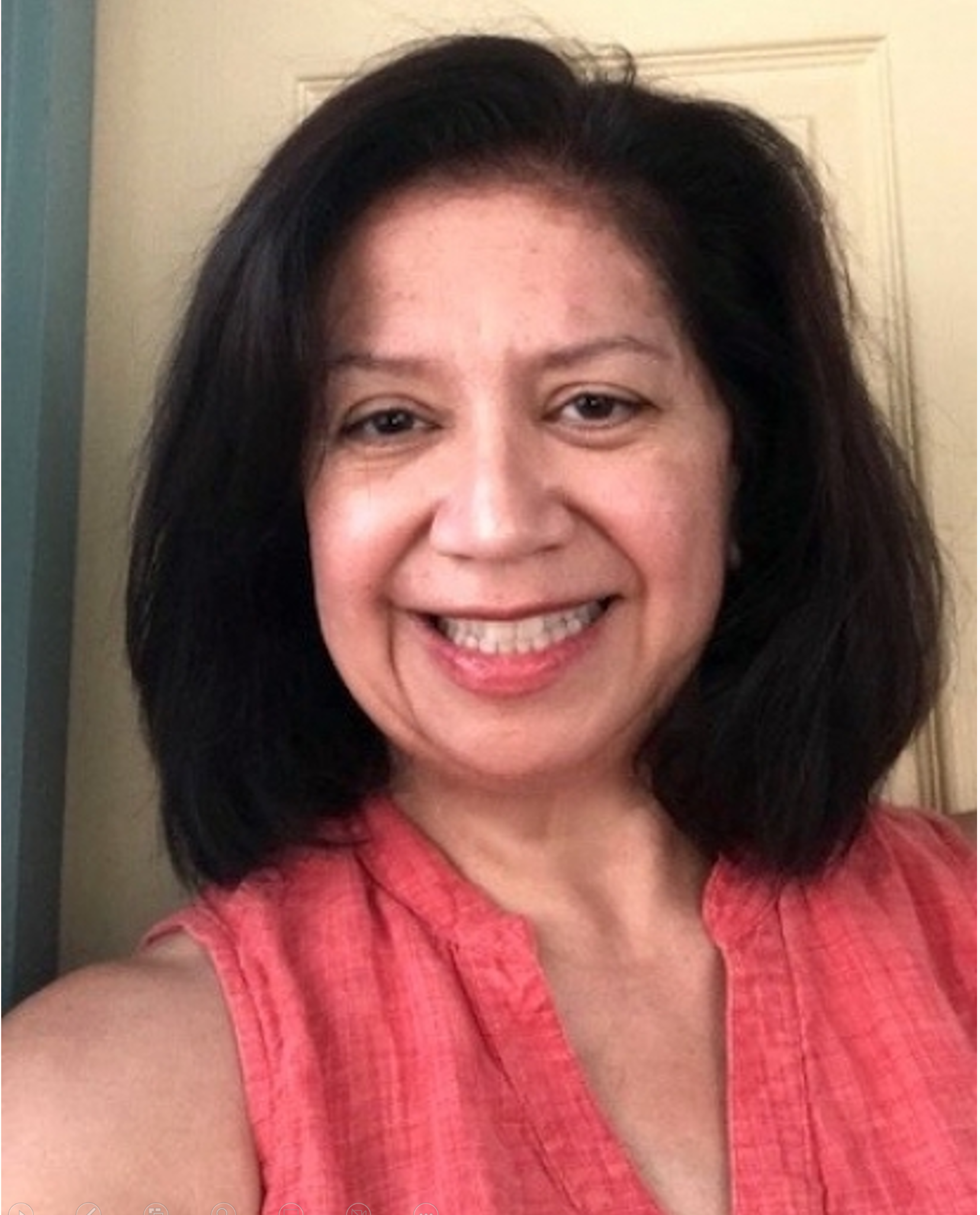 This is where the Mexican Composer Incubation project comes in.